Unique tourist destinations, stories about the historical and natural heritage or travel stories from the five continents. These are just three of the themes addressed in the 75 tourist films and 22 documentaries of the official selection, some of which have been programmed in the fourth edition of the Terres Travel Festival. The event, which is held in Tortosa, will be held from 3 to 11 September, with the presence of directors, producers, film and tourism professionals from around the world who will participate in about twenty film sessions, debates and talks.

This year, the resumption of tourist activity after the peak of the pandemic is the focus of much of the production. Of particular note is the film Reconnect With The World in The Islands of Tahiti, a Tourism production from French Polynesia that portrays the natural attractions of the islands and the ocean. And the resumption is also the theme of the Costa Daurada campaign, Costa Daurada, as always, an audiovisual co-directed by Ramon Balagué from Tortosa. Deltebre director Albert Vidal also presents Sólo tú y el Delta and Guillermo Barberà from Tortosa participates with the tourism promotional spot in the capital of the Baix Ebre with the audiovisual Tortosa, a lifetime to come, a second to fall in love.

Up to six feature films from the Festival’s documentary competition will be screened in their original version subtitled in Catalan. All screenings are free with prior registration on the festival website and will take place in two spaces, the Tortosa Museu and the Espai Sant Domènec. 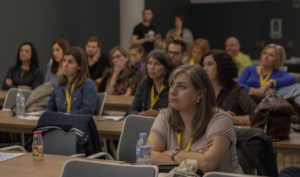 As part of the Terres Travel Festival, Tortosa will also host the TerresLAB congress which will be held on Wednesday 8 September at the SB Corona Hotel. The conference aims to explore new trends in the use of audiovisual to communicate and explain tourist experiences and aims to be a multidisciplinary space where academics and professionals meet to exchange theory, good practices and case studies on audiovisual, film tourism and all related sectors.

This year’s program will revolve around film tourism and the sustainable management of destinations. The day will begin at 10 am with the conference entitled “Film tourism as a key marketing factor for destinations” by Dr. Eugeni Osácar. The program will last until the evening and will also include a round table on film tourism as a tourist experience. In addition, examples of experiences and good practices in Catalonia, Argentina, the United Kingdom and New Zealand will be analyzed. A round table has also been scheduled with experts from the Universities of Valencia, Seville and Murcia, Carlos III of Madrid.

Coordinated by the CETT-Barcelona School of Tourism, Hospitality and Gastronomy, TerresLAB wants to offer a framework for debate to reflect on the interrelationships between the tourism and audiovisual industries, with the aim of anticipating and analyzing communication trends. more successful, as well as exploring new synergies. Some studies show that one in five tourists travels motivated by the films or documentaries they have seen. Hence the need to analyze this interrelationship between the two industries and therefore, TerresLAB is organized in collaboration with the Audiovisual Cluster of Catalonia.

A gala with DO Terres de l’Ebre

Due to the difficulties of international mobility and restrictive health measures, this year, the awards ceremony of the Terres Travel Festival will be digital, with a planned broadcast on social media. The ceremony will be presented by the actress Ivana Miño and will take place in various natural and heritage areas of Tortosa and Terres de l’Ebre in order to promote internationally the tourist attractions of the territory. 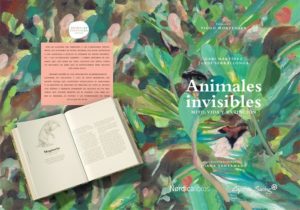 Invisible Animals is a book written by journalist and traveler Gabi Martínez, and the archaeologist, naturalist and explorer Jordi Serrallonga, with illustrations by the artist Joana Santamans, describes both extinct animals that we can no longer observe, and those living animals that we do not see or that are very difficult to spot because of their way of life and the harmful action of us, humans, on them and their ecosystems. This book sets out concepts and academic data related to the natural sciences in language that is accessible to the non-specialist reader. The book will be presented on Tuesday 7 September in the Didactic Classroom of the Museum of Tortosa. In addition, the Festival will produce an exhibition based on the illustrations made by the artist Joana Santamans that can be seen from September 7 to October 1 at the Marcel·lí Domingo Library in Tortosa. 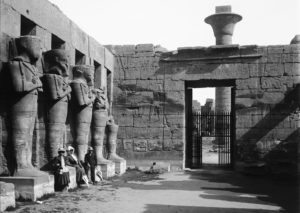 In addition, courtesy of B the travel brand Xperience and with the collaboration of the Amatller Institute of Hispanic Art Foundation, the photographic exhibition Egypt 1909: The Amatllers’ Journey to the Land of the Pharaohs has been scheduled at the Royal Col · of Tortosa. The businessman Antoni Ametller was a traveler and a fan of photography. This thriving chocolate industrialist often traveled with his family and his camera. This exhibition is a selection of these snapshots that capture the experience of the Amatllers, especially in the voyage aboard the steamer Malwa. From September 3 to September 30 can be seen at the Reials Col·legis.

Born last autumn, UNESCO’s Green Citizens (www.unescogreencitizens.org) is a platform that highlights inspiring projects related to biodiversity, oceans and hydrology. She also works for education on sustainable development and indigenous knowledge and supports initiatives around the world, from Latin America to Africa or Asia. Thanks to the agreement established with the festival, at the beginning of the Terres Festival sessions, a video will be shown on the importance of micro-actions in local communities in order to promote global climate goals.

The Terres Travel Festival – Films & Creativity is the only competition specializing in tourist audiovisual that is held in Catalonia and throughout Spain and since 2019 is a member of the CIFFT circuit, the International Committee of Tourist Film Festivals that brings together 14 festivals around the world and is a unique competition in the world, designed to reward the best tourism films in the world. Terres Travel Festival dynamizes the territory in a direct way and involves all citizens in the promotion of sustainable tourism, by supporting local cultural industries and strengthening its brand image and attractiveness. The organization of the Terres Festival has developed an action protocol to adapt to the measures that may be applied by the health authorities. However, it is hoped that any restrictions will not affect the normal development of the fifth edition of the festival.