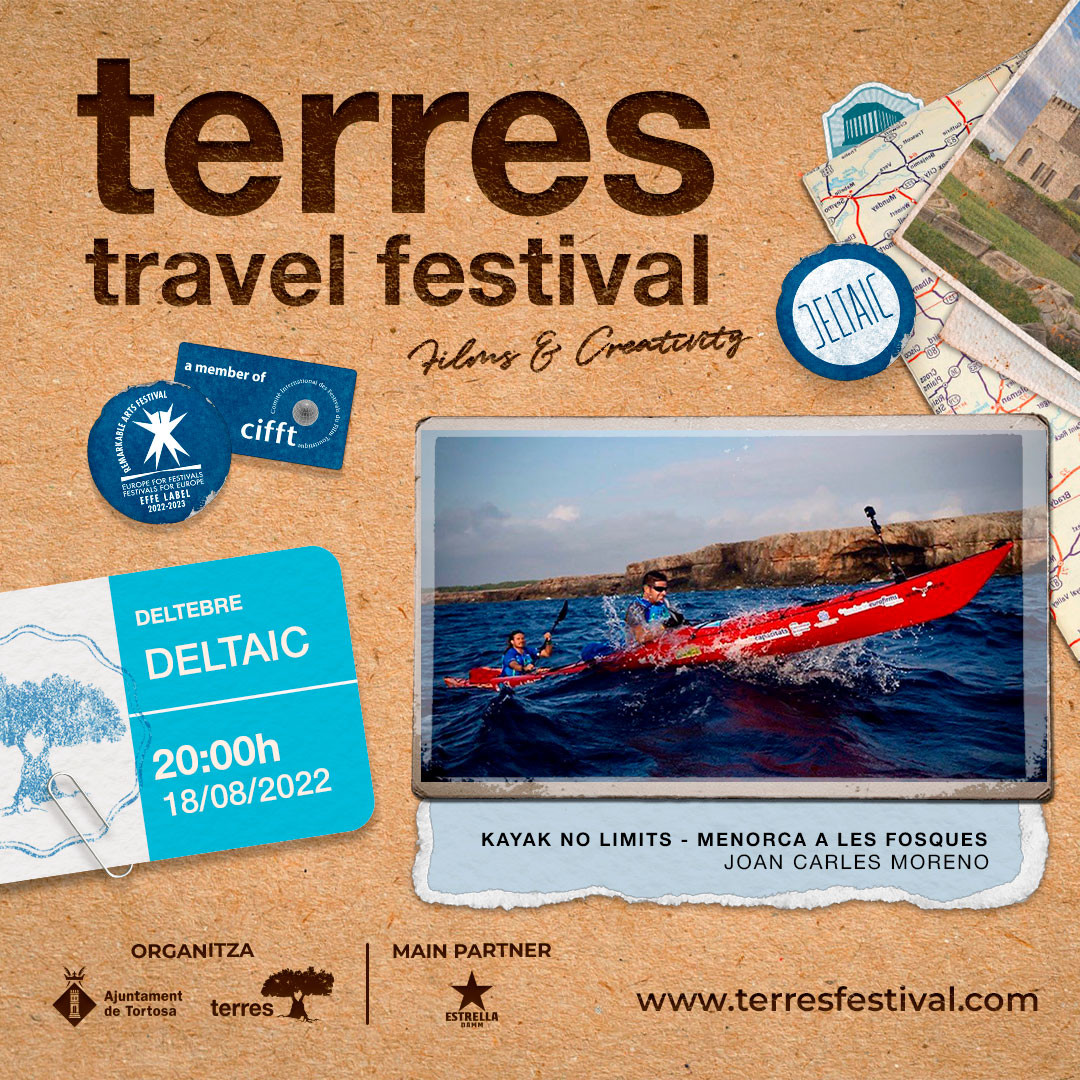 Pre-festival Screening. “Kayak no limits. Menorca in the dark”

The documentary “Kayak No Limits. Menorca In The Dark” is the story of a feat never done before. Isaac Padrós, a young man from Girona with visual impairment and physical disability sets off to circumnavigate the island of Menorca in an individual kayak, guided by his friend’s Rai Puig voice. On the 22nd September 2019 they leave the Ciutadella port and set sail southwards paddling around the coastline counterclockwise. The mission is accomplished on the 4th October 2019, when they reach the point of departure.
A nine-stage journey with long days of 7-9-hour paddling sessions. A sea of contingencies and a story full of adventures and excitement. A roller-coaster of emotions. Some deeply emotional moments take place, other are more dramatic-provoked by physical and mental exhaustion. The film puts us in the shoes of the two protagonists, and shows us why Menorca is a natural reserve. It invites us to admire the crystal clear waters, the fine, white, sandy seabed typical of Menorca; landscapes that Isaac hasn’t seen, but has smelt and heard: “I haven’t seen the island, but I’ve experienced it”, he states. In fact, during this journey, the senses of hearing and smell become his GPS. A challenge that claims people’s abilities over limitations. A moving and thought-provoking story.